Email ThisBlogThis!Share to TwitterShare to FacebookShare to Pinterest
I have one Asus EeePC 701 since December 2007. Since then, I have tested several operating systems on this small computer, but my interests have focused mainly on the Ubuntu Linux distribution.

As soon as Ubuntu 8.04 was available, I removed the original Xandros coming with the computer, and I replaced it with the Ubuntu operating system. There were some difficulties at the beginning, mainly related to unsupported hardware components.

Ubuntu 8.10 was an improvement over the previous version. The things started to go better and it was more or less easy to fine tune the system in order to get all the hardware components working properly.

I have been following the Ubuntu 9.04 distribution and testing all the releases in form of live USB since Alfa 4. The main advantage of this release is the full support out of the box of all the hardware of this computer.

When the final version of the Ubuntu 9.04 release came out, I decided to make a clean install of such version. The previous versions had suffered many modifications in order to get the whole system working properly and I wanted to know how this release would behave without modifications.

The results could not have been better. The hardware works very well with no modifications at all. The wifi card detected the networks on my neighbourhood, and I could connect to my WEP access point as soon as I choose it and typed the passphrase.

The second great improvement is related to speed. If I make a side by side comparison of the dmesg (/var/log/messages) information between the current release (9.04) and the previous one (8.10), I can see that my system boots up in much less time than the previous version. The SSD disk is recognised and managed much better than before. This fact gives a much more usable and responsive system than with previous versions.

You should notice that this is not a system tuned up to boost the boot time, but just a fresh install with almost no modifications compared to the default install. The only modifications are choosing ext2 instead of ext3 as filesystem, and the lack of swap partition.

We can see that the system gets ready in 67 seconds:

Just if anyone is interested: In order to have the time counter in the video, I have placed the EeePC computer just in front of the screen of a desktop computer (a four years old P4 system) and issued the following command:

The desktop system is also running Ubuntu 9.04, of course ;-)

The goal of this blog entry is not to do a review of Ubuntu 9.04, but just to evaluate its usability in this system. The netbook of the test has just 512MB of physical memory. This small amount is more than enough if we intend to use the computer in ordinary tasks. In fact, the system uses about 130MB of memory having still about 350MB available for applications. 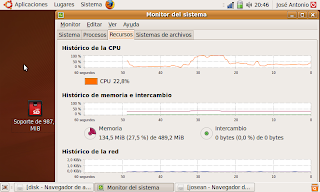 We can see some improvements and changes over previous releases, such as the system to manage the network connections and the new graphical aspect of the notifications 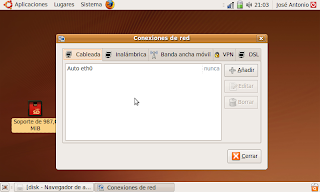 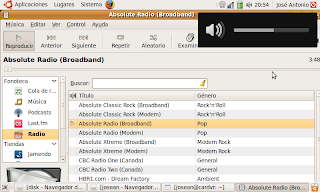 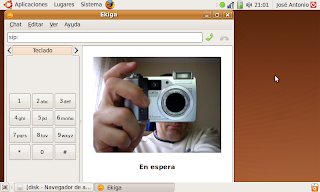 Even with such a limited piece of hardware, we can still view youtube HD videos (video credits). 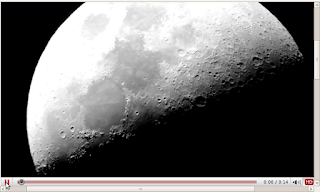 ACPI related functions such as suspend, resume and power off work properly without modifications. Most of the hotkeys also work right. May be the only exception is the key to enable and disable the WiFi card. This is the only thing that I have found so far that needs to be manually adjusted. 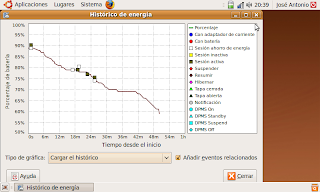 So, the bottom line is that if you want a notebook with a standard distribution without limitations and the same features (except those imposed by a modest hardware) as your desktop system, I do recommend 100% to use the last Ubuntu release on your system.
Posted by josean at 6:37 PM

Oh man...I never realized how much I hated XANDROS.


THIS is what I wanted a year and a half ago when I bought it!

Nice to see another happy owner of that small but great computer.

Thanks for the review.
I'm thinking of buying a 701 soon.

You should better buy a newer model (one of those with a 9 or 10 inch screen).

XANDROS is the worst OS i've seen. oh man... it doesn't support Vietnamese. I can't understand why it is sold in Vietnamese markert without supporting Vietnamese. stupid!!!!. So after reading, i can't wait to download and install Ubuntu in to my EEEPC 701. thank for sharing. best wish for you.

Can anyone give instructions on how to enable the wifi hot keys? Thanks.

Thanks for the review. I intend to install 9.10 soon on Eee 701 (4G) as Eeebuntu has decided to switch to debian and I want to remain with a standard Ubuntu system.

I updated yesterday to 9.10 all my computers (including the EeePC 701). The bad news is that the boot times are not as well as they were in the previous alpha versions.

I hope to have some spare time soon to write an entry on this blog with a mini review and first impressions of the final Ubuntu 9.10 release.

I'm going to try my 701 with ubuntu 10.04 tomorrow. I have downloaded the netbook and desktop distro's. I also updated my other pc's with 10.04 from 9.10 via the update manager. Damn sweet looking, after you fix metacity to put the close, minimise and maximize buttons on the right again:)

I'm very hopeful with this eeepc running ubuntu, since I installed 2GB of RAM (single kingston stick), and have a 16GB SD card waiting to be used. Goodbye default OS!